15 How-To Tweets About the iPhone You Should See 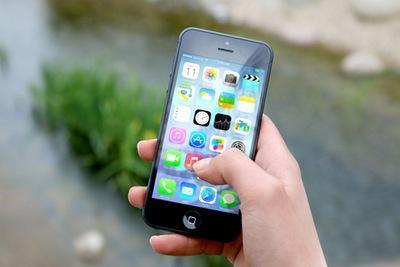 Straight from Apple, most of the these tweets come with a short how-to video. They're all great features that you should know about. Go through this list and pick up some cool iPhone know-how right now. Some of you will soon be impressing your children and/or grandchildren with some amazing texting tricks.

How to contact family and friends from your lock screen

Keep your friends and family close. Add favorites to your lock screen and contact them directly from there. pic.twitter.com/5Euw5riqCL

How to take a picture when you’re taking a video

Capture twice the memories. Here’s how to snap a photo while filming a video. pic.twitter.com/FwHL8FEmzn

Multi-tasking refined. Respond directly in notifications without leaving what you are doing. pic.twitter.com/eQUsagGNqb

How to find your car with Maps

The moment you forget where you parked…is now the moment you remember in Maps iOS 10.https://t.co/lkOkLR5NDX pic.twitter.com/zDEeKKwNa5

How to set up customized mailboxes

How to view the entire thread of an email conversation

How to use Bubble Effect in text messages

How to send a text in your own handwriting

More fun, more personal. Send a message in your own handwriting and your friends will see it magically animate. pic.twitter.com/jM5LruxwMr