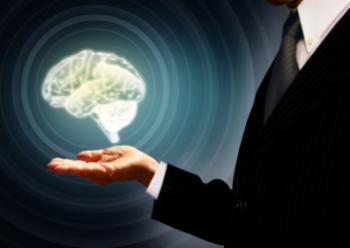 Over the last several years there has been an influx of games and apps designed to help people enhance and protect their brain power. With so many being diagnosed with Alzheimer’s and other forms of dementia, people are looking for preventative measures and help for loved ones who are already suffering from the ravages of these diseases. It’s no wonder that people are eager to embrace any supplements, drugs, products, or activities that could help. Brain training programs sound like a good common sense option too. However, any claims made regarding improved memory, dementia prevention, or other benefits need to be critically examined. It’s important to make informed choices and not be driven by fear or desperation.

Lumosity, developed by Lumos Labs, is a brain training program that sells subscriptions through a website and app. According the FTC, they went too far with their claims of brain performance improvement. On January 5, 2016 the FTC published a press release stating that Lumos Labs would pay $2 million in redress and “agreed to settle Federal Trade Commission charges alleging that they deceived consumers with unfounded claims that Lumosity games can help users perform better at work and in school, and reduce or delay cognitive impairment associated with age and other serious health conditions.” Jessica Rich, Director of the FTC’s Bureau of Consumer Protection said that, “Lumosity simply did not have the science to back up its ads.” With a program of 40 games designed for targeted brain training, the company advertised that scientific evidence showed playing these games 10 to 15 minutes three to four times a week would:

“Lumosity preyed on consumers’ fears about age-related cognitive decline, suggesting their games could stave off memory loss, dementia, and even Alzheimer’s disease,” said Jessica Rich, Director of the FTC’s Bureau of Consumer Protection. “But Lumosity simply did not have the science to back up its ads.” According to the FTC, the more that you practice, the better you might get at playing Lumosity’s games, but that doesn’t necessarily mean it will improve your memory or increase your cognitive abilities.

Look Before You Leap

When you find a game, app, or program that you’re interested in for any kind of mental or physical benefit then check it out, but proceed with caution. Does it sound too good to be true? Probably is then. If it sounds like it could be credible, then get the sources of the scientific research they are basing their claims on. Next, check to make sure that all of the scientific research has come from peer-reviewed sources — scholarly journals that publishes articles that have been reviewed and approved by a panel of experts. If a company has an app, program, or game that it claims will enhance your memory, sharpen your mind, prevent dementia or any other mental or health benefit, make sure to look at the evidence before you decide to invest your time, money and hope.