Stopping Diabetes Before It Starts 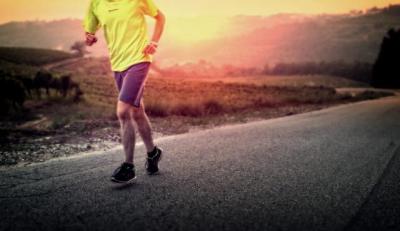 Exercise is one of the key ways to reduce sugar levels in the blood.

Israeli startup, Sweetch, on mission to prevent people who are at risk for diabetes from ever developing the disease.

By Viva Sarah Press | From ISRAEL21c

Sweetch, an Israeli digital health startup, is on a mission to make the world a healthier place. Its first undertaking: to prevent people who are at risk for diabetes from developing the disease.

More than 86 million US and 63 million European adults have a blood-sugar level that is higher than normal but not yet high enough to be considered diabetes, according to statistics. This pre-diabetic population will most likely develop Type 2 diabetes without intervention.

And that’s why health professionals and venture capitalists are celebrating Sweetch’s recent Series A financing round of $3.5 million to advance its technology designed to identify and coach individuals at risk of developing diabetes and other chronic conditions.

The round was led by Philips and the Jerusalem-based OurCrowd equity crowdfunding platform, with participation from prior investors Pontifax and Lionbird.

“We are very proud to be trusted by such global and well-known companies. We have a mission to achieve – make the world a healthier place on a large scale, and this can be done only through the use of smart devices connected with big-data analytics and the individual level,” says Dana Chanan, Sweetch CEO and cofounder.

Sweetch, founded in 2013, has developed a clinical-outcome prediction platform and a behavioral analytics engine. The machine-learning platform assists in identifying individuals at risk of developing diabetes as a tool for early intervention and resource allocation by healthcare providers.

The behavioral analytics engine and mobile application serve as a personal digital health coach to help people learn how to modify their habits.

Sweetch takes its name from “sweet” – a reference to diabetes – and “switch,” in reference to switching one’s lifestyle.

Gaming in the digital health arena

The new funding will be used to complete a pilot program and clinical trials at an internationally renowned US medical institution, which Chanan says she cannot name.

Eventually, physicians will be able to prescribe the Sweetch app – currently only available to clinical trial participants — for pre-diabetic and other health conditions.

“If the doctor sees you’re in the high-risk group, he or she will be able to give you a prescription for Sweetch. You’ll go to the app, enter the code, and start using the app,” she says.

Although reports show that people often stop using wearable health-tracking devices within six months, Chanan says this is because an engagement component is missing. As a former executive team member at Playtech, 888 and Snaptu, she has brought her gaming experience to the digital health arena.

“Diabetes is definitely not a game,” she tells ISRAEL21c, “but one of the successes of the gaming industry is its capability to analyze and provide a specific experience for the user as if he’s the only user that exists.”

Sweetch’s proprietary behavioral analytics engine continuously learns the user’s daily habits and uses gamification and behavioral-science methodologies to translate that data into personalized recommendations. These conclusions are then adapted, in real-time, to the user’s actual performance.

“There is no fixed goal that everyone has to achieve. Not everyone is the same. The recommendations and program are for a specific user,” says Chanan.

There are 387 million diabetic patients globally, and diabetes is the leading cause of the most significant chronic diseases such as heart attack, stroke, congestive heart failure, renal failure, blindness and amputations. According to the American Diabetes Association, an estimated $600 billion a year is spent on diabetes in the US alone.

Several large clinical studies have proven that 150 minutes of activity per week reduce the prediabetes-to-diabetes conversion risk by 58%. The same reports show that 80% of pre-diabetics do not adhere to recommendations from organizations such as the World Health Organization, Centers for Disease Control and Prevention, and American Heart Association.

Chanan says that for many people, the notion of 150 minutes of exercise can be off-putting. So Sweetch introduces healthier lifestyle in small steps.

The technology helps you calculate your risk score. Image courtesy of Sweetch

“If somebody is used to doing no exercise we won’t say you have to get up and go to the gym for an hour. The 150 minutes has to be part of your day,” Chanan tells ISRAEL21c.

“For example, we can recommend that at lunch break instead of going to the nearest Starbucks, go have your coffee at the Starbucks on a second street, a little further away. There is no big milestone to achieve. The program is adapted to the person.”

Chanan says Sweetch’s behavioral analytics engine can be applied to other significant chronic diseases and pre-chronic disease states, such as pre-hypertension and hypertension, obesity and metabolic syndrome.