This is How Playing a Game Could Help You Live Better 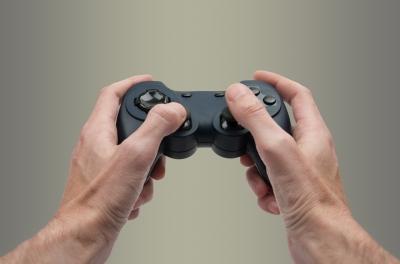 The technology of preventative healthcare is going to be increasingly imbedded in our daily lives. Imagine playing a brain exercising game and getting a prompt to contact your doctor or a medical specialist. Research is underway for this type of remote assessment using a virtual game called Virtual Supermarket (VSM).

Greek researchers have demonstrated the potential of a VSM cognitive training game as a self-administered screening tool for patients with mild cognitive impairment (MCI). People who suffer from MCI suffer memory problems and have difficulty with complex activities like financial planning. The condition is often a precursor to Alzheimer’s disease. Early diagnosis and intervention are key to helping patients stabilize and prevent decline.

Until now it has been shown that virtual reality game-based applications can detect MCI only when used in combination with standardized neuropsychological tests. But scientists from the Aristotle University of Thessaloniki (AUTH), the Greek Association of Alzheimer’s Disease and Related Disorders (GAADRD) and the Centre for Research and Technology Hellas/Information Technologies Institute (CERTH/ITI) have developed an MCI screening using the VSM virtual reality game application. These screenings have been shown to be accurate for detecting MCI on their own.

Many older adults already use computerized cognitive training exercises or games for fun. If these kinds of games and exercises can also detect cognitive disorders it could encourage more people to be evaluated. Cognitive impairment could be detected in the early MCI stage. This would allow people to get help sooner and maintain a better quality of life for longer.

A version of this article, “Mild cognitive impairment (MCI) can be remotely detected through a self-administered virtual reality brain training game," was first published by MedicalExpress. To view the original version on MedicalExpress visit: https://medicalxpress.com/news/2017-02-mild-cognitive-impairment-mci-remotely.html#jCp