What They Can Do With Medical Records Will Blow Your Mind 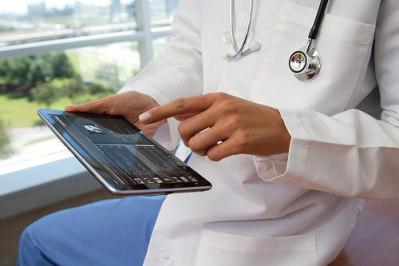 By Abigail Klein Leichman | From ISRAEL21c

Your medical records contain hidden insights about your health risks, and if they can be found, the information could save your life.

“We and Maccabi are surprised to see how well our software performs; it exceeds our simulations,” reports CEO and cofounder Ori Geva.

ColonFlag also has been implemented in a Polish HMO and the company is in discussions with several North American healthcare organizations. Clinical evaluations and studies are taking place in 14 sites around the world.

“Our goal is to use advanced mathematical tools to uncover another layer of knowledge that exists in the data but could not easily be seen, and find different ways to bring it to those who need it most for making more informed decisions.”

Medial EarlySign’s software can alert the physician to conditions that aren’t causing symptoms or whose symptoms the patient may be ignoring or failing to report.

It can flag preconditions, helping physicians comply with new reimbursement models requiring them to be proactive in order to reduce costs.

“You can’t reach out to everyone so it’s helpful to point out where limited resources could be invested to greater good and used more efficiently,” Geva tells ISRAEL21c.

The core software can quickly be adapted to find insights relating to complications of specific chronic diseases, such as diabetes, or to acute conditions.

“We’ve created research and commercial relationships that allow us access to almost 20 million individuals’ health records, and we’re building in more,” Geva says. “This will allow us to test our models and findings on different populations to see if our models need adjustment or if we can find the same signals in different healthcare environments and datasets.”

The company’s software is installed on servers on the user’s premises, protected by the user’s firewall. Patient data are not stored on that server and each record to be analyzed is tagged with a pseudo-ID. Results are sent to the healthcare provider’s system.

“We don’t have access to these servers unless it is granted to us, and even then we can’t access patient identities,” says Geva.

Cofounder Nir Kalkstein previously helped develop machine-learning algorithms that analyzed every ask and bid on multiple stock exchanges to infer where the markets were going.

“They built a successful company and after a few years Nir decided to do something else with the same idea — looking at large amounts of data and finding subtle and complex relationships between pieces of information — that would create benefit for more people,” Geva explains.

Since the amount of data in electronic medical records is growing quickly, this seemed like an area ripe for solutions. In 2009, Kalkstein and cofounders Geva and Ofer Ariely began determining what data could be used and doing pilot research.

Medial EarlySign is one of a growing number of companies using machine learning and artificial intelligence to mine medical data. In Israel, Zebra Medical Vision is developing software that parses patterns in medical images to identify signs of disease that a radiologist might miss.

“We’re the most advanced company in leveraging data from clinical records,” says Geva. “We wanted to use the most simple and ubiquitous data out there, an underutilized resource, to create the biggest difference in the widest population.”

Medial EarlySign employs 35 people in Kfar Malal and has offices in Boston to serve the US market and in Hanover, Germany, to serve the EU market. A branch in China is coming soon.

Initially self-funded, the company received an investment from Hong Kong investor-philanthropist Li Ka-shing in 2013 and is planning a second fundraising round.

Photo by NEC Corporation of America with Creative Commons license.